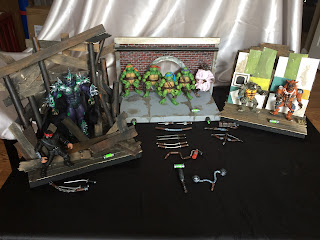 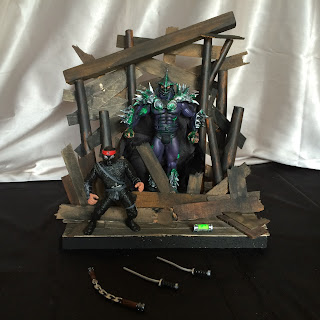 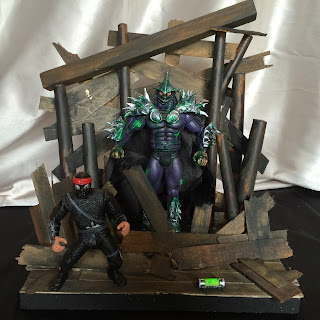 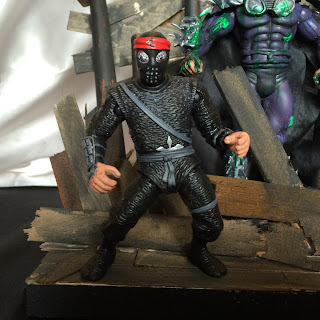 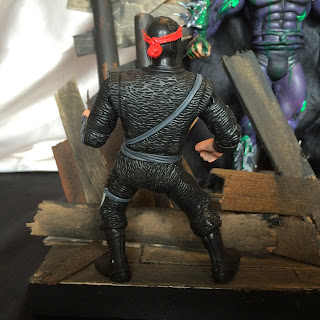 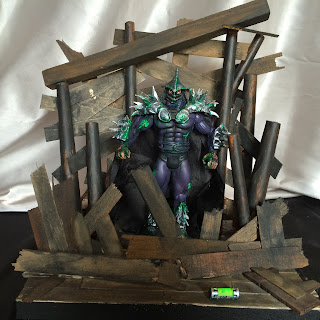 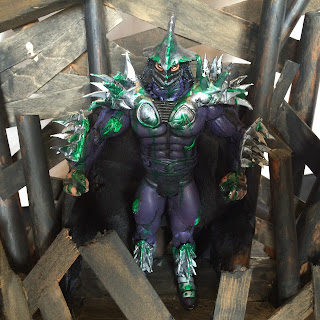 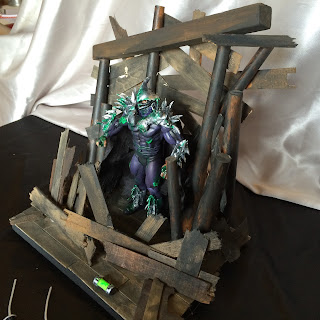 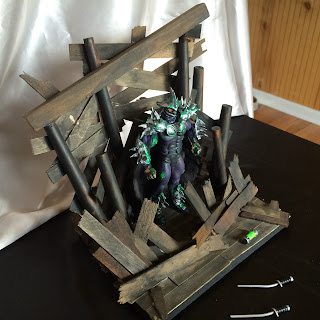 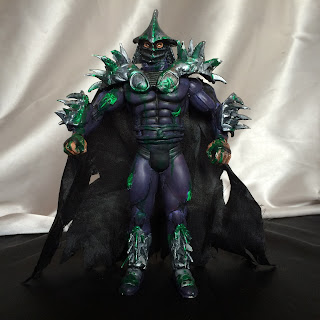 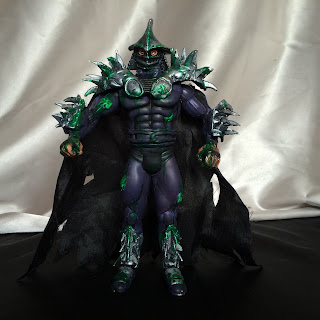 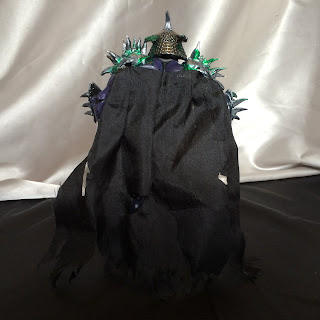 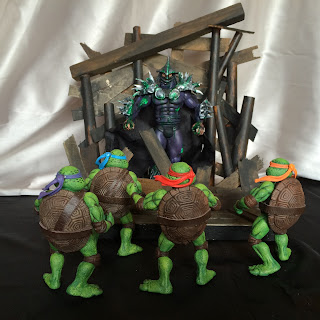 A while ago I rediscovered my love for the vintage Ninja Turtles that were my playthings throughout the late 80s and early 90s. Every so often, I'll sell all of them off, only to gradually build the collection up again at flea markets and on eBay.

I've seen amazing Super Shredder customs online already, and was inspired to try one. At the end of TMNT II, a monstrous ooze-altered Super Shredder brings a huge harbor pier down on himself and the turtles, in a futile attempt to finally destroy them; his brain was probably coping with a lot of chemical changes at the time, AND he had just been forced to listen to Vanilla Ice's rap endorsement of the turtles. I mean, being at 'da club' and then the coolest guy at the time is a fan of your mortal enemies? It was a tough moment, and Shredder probably would have done things differently if he had the chance.

It is my opinion that Super Shredder did not die under the wreckage of that pier. Here's why:

1. He is super.
2. We hear him groan under the wood, so he's obviously not drowning.

Shredder probably just got REALLY tired, and passed out for a while. Like Chumbawumba, when he gets knocked down HE GETS UP AGAIN- and because of this, the figure I made is the rise of this battle-damaged Super Shredder, dripping ooze and ready to make another unsuccessful attack on the turtles.

FOOT SOLDIER- The foot soldier figure is taken from the movie figure line that has been recently reproduced in China in hard plastic (available on eBay). I did not alter a vintage figure in this instance. He was primed and painted using many of the same materials above.