Sometimes you can get figures in rougher shape cheap on eBay. That can be important for more expensive figures like Krang's Android Body- especially if it actually has the little window that holds the Krang figure in.

Comparing the cartoons and the accompanying action figure line, there were certainly some differences. Toon Shredder and figure shredder were not the same; I've heard that the figures tend to be based on the original comics, which is cool. And Toon Krang had purple eyes, some added forehead ridges, and NO WINDOW needed to keep him in his Android Body. Since it was cheap to get a rough Shredder to customize, and cheap-ish to get a Krang's Android Body missing all the armor and the window, I decided to try to make some more 'Toon' accurate figures.

Krang's Android Body required that I make his armor (metal and sculpey clay), as well as alter the port that Krang sits in. I'm not going to pay $$$ to get a window that doesn't belong there anyway; I actually had to dremel out the opening more to be symmetrical, then fill areas with apoxie sculpt and sand / carve them even with the original features.

Once I had gotten everything painted (and only then...) I realized that the original Krang figure would no longer fit nicely into the body. Genius move, right? I ended up sculpting an entirely new Krang, as I would have had to fill the eyes and add forehead ridges, and completely repaint anyway. Before permanently adding this newly sculpted Krang, I did install a metal platform surface for him to sit on.

Shredder... stands up. He shouldn't have to crouch all bent over like that all the time. Even with a core as strong as his must be, it has to be murder on his back. I took a beat up Shredder, cut his legs apart, and drilled in / epoxied metal pins in place so he would stand taller on straight legs. I did some work on his armor / cloth garments, and carefully repainted his entire head and neck to try to get a better scowl. I have since seen the "Classic Shredder" figure, and it is beautiful... and he isn't bent over like a hunch back. But, hey- this is a vintage Shredder figure that is now standing... when you prop him against something. 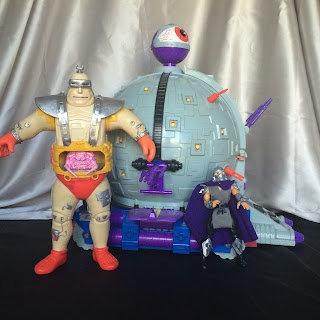 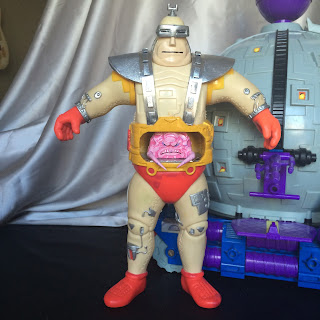 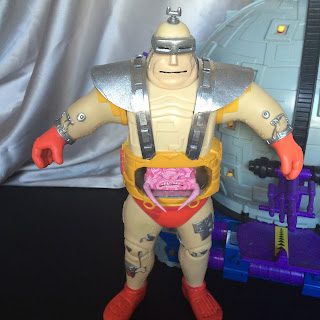 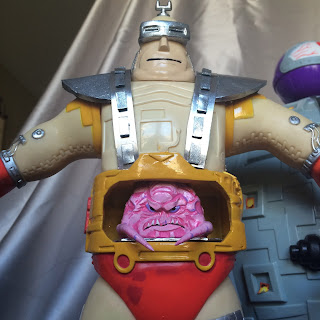 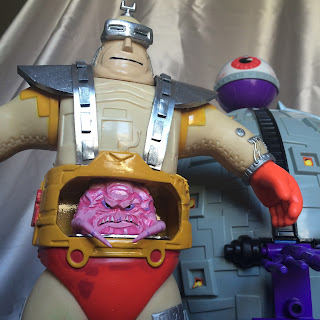 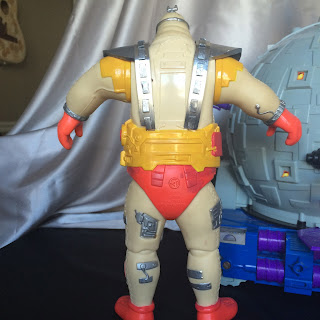 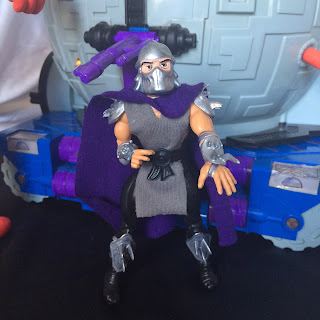 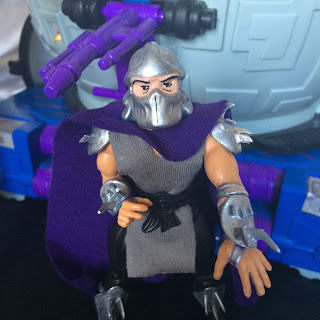 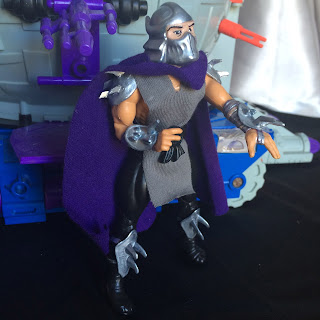 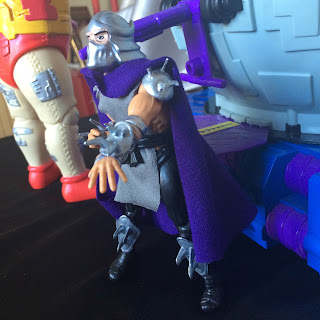 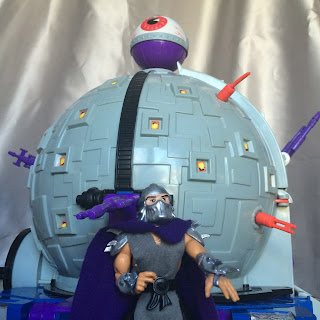 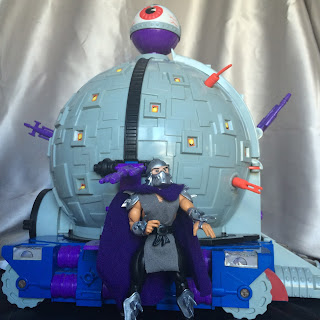